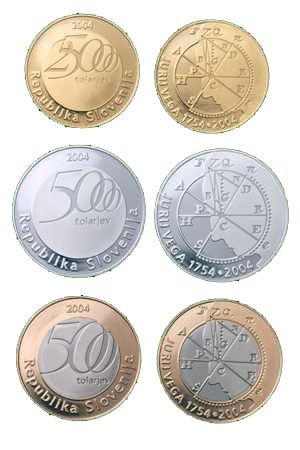 Jurij Vega was born on 23 March 1754 to a poor peasant family in Zagorica, in the vicinity of Ljubljana. He went to a Jesuit secondary school in Ljubljana and completed his schooling at the lyceum, passing his examination in physics, mathematics, logic and metaphysics. He found a job as an inland navigation engineer, and worked on the Ljubljanica, the Mura, the Drava and the Sava rivers. An ambitious young man, in 1780 he entered military service in Vienna and was involved in battles the width and breadth of Europe. His know-how and his valour helped him carry out a series of extraordinary acts, for which he received the highest military decoration, later being made a baron and a lieutenant-colonel. His body was found in the Danube in September 1802, and it was never established if it was suicide, murder or just an accident.

As an artillery officer, a specialist in the heaviest mortars, in peacetime he taught mathematics at a special artillery department, introducing mathematical analysis classes and producing a mathematics and physics textbook. He wrote about balloons, land surveying and meteorology, but was most famed for his work on ballistics, becoming one of the first to give the field a scientific basis. He was an inventor, and used mathematics to improve the mechanisms of pendulum clocks. He was a progressive advocate of the metric system, and confusion reigned in this area, it was only three generations later that this system was standardised.

His most important work was his logarithmic tables, thanks to which he became a member of several European academies of science. The tables were used for calculations in science, in everyday life and in education all around the world until the introduction of electronic calculators. Using the tables to calculate made a decisive contribution to the rise of mathematics in numerous areas, which in turn made the progress of the scientific and technical revolution faster.

To mark the 250th anniversary of Jurij Vega’s birth, the Republic of Slovenia is issuing three commemorative coins featuring a combination of an image of a drawing from Vega’s essay on the shape of the rotating earth (an axial section of a rotating sphere) and a profile of Vega taken from a bust made by sculptor Ivan Zajc in 1903.